Wolf spiders are a family of robust and agile spiders with excellent eyesight, that live all around the world. Their range spreads from the mega-cities in the United states to the dry grassland of Australia. They are especially common in grasslands and meadows, but also live in mountains, deserts, rain-forests and wetlands — anywhere they can find insects to eat. The name “wolf spider” encompasses a large family of spiders, most of which are large, dark-colored and athletic. Unlike most spiders that catch their prey in webs, wolf spiders violently hunt it down using their strong bodies and sharp eyesight. Once wolf spiders catch their prey, they either mash it up into a ball or inject venom into it, liquefying the internal organs into a wolf-spider smoothie. All wolf spiders have eight dark eyes arranged around their heads, or cephalothorax. Two large eyes gleam from the top of the head; two more large eyes peer out the front; and four smaller eyes form a row just above the spider’s mouth. When it’s time to mate, male wolf spiders attract females by rhythmically waving their long mouthparts (palps) or drumming them on leaves. Once mated, the female spins a round egg sac, attaches it to her abdomen and it carries around with her. The young hatch inside, then emerge and climb on mom’s back until they’re old enough to live on their own.

Cephalothorax: the fused head and thorax of spiders 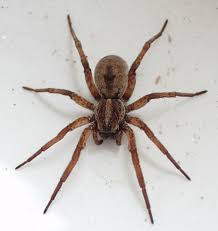 Hey Kids, my name is Willa the Wolf spider and I am very happy to meet you. Learn more about me and my species @

The Wolf spider is a species of spider thats found worldwide and is recognized easily and worldwide.

Now that you know more about the Wolf spider by learning the key data above, be sure also to check out the fun facts. When you are finished learning the facts, try answering the questions in the Q&A corner on the bottom right side of the page.

Teachers. For more in depth work sheets on spiders. Click on Kidskonnect Worksheets

# 1. Name 3 characteristics of a Wolf spider?

# 2. What is the average lifespan of the Wolf spider?

# 4. What can a Wolf spider do to escape a predator?